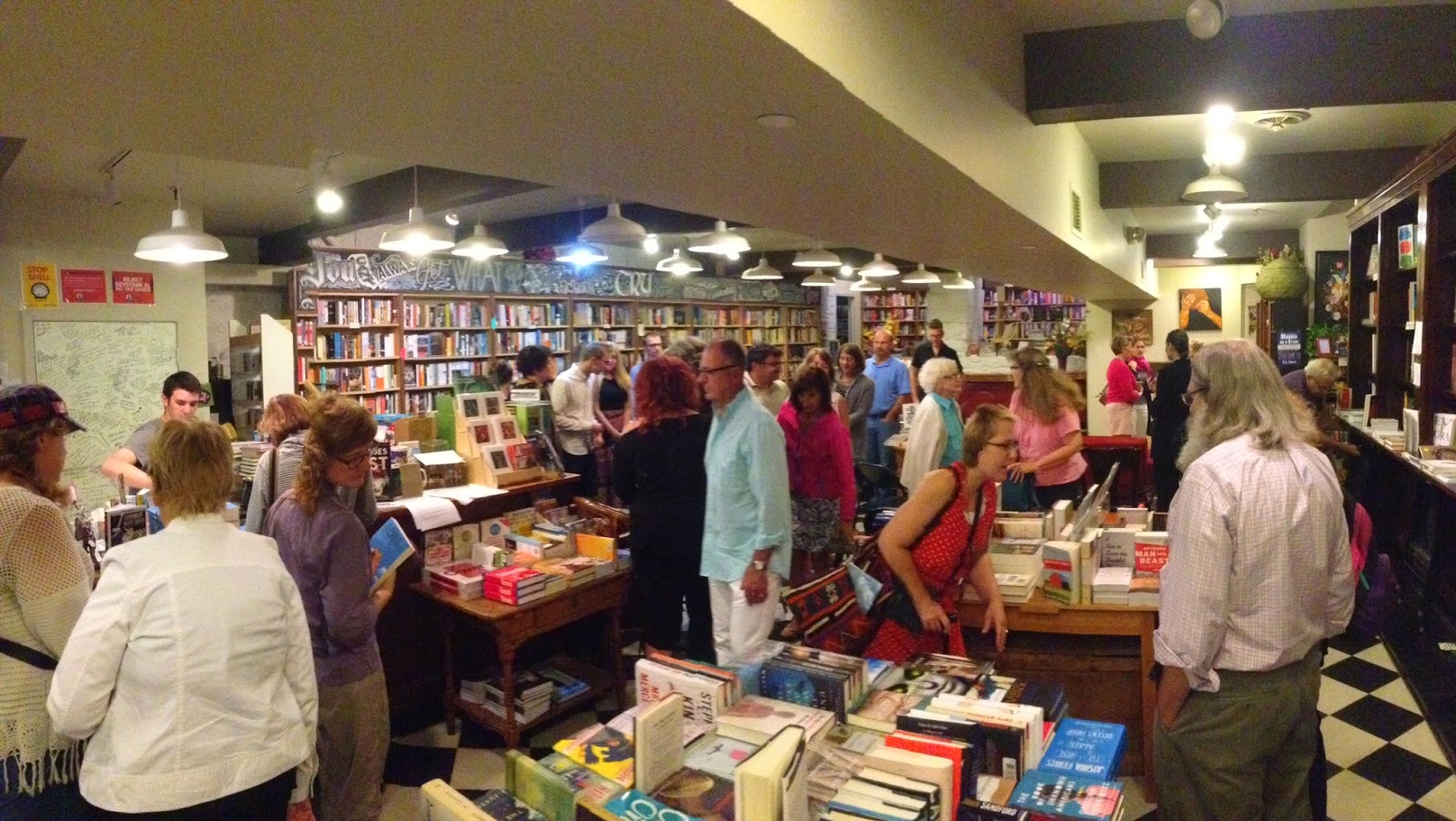 Last week, the Matron read from her novel, At the End of Magic.    She picked up her son from COLLEGE (where he now lives) and the two arrived, early.    The store was alarmingly empty.

Bookstore worker:   "You're competing with the state fair and the start of school.  Nobody showed up for last night's event."

Wherein He Who Cannot Be Named (HWCBN) but whom everyone knows, looked mildly alarmed.  His mother said 'not to worry' but she did.   She took her worried self to the Ladies Room, that time-tested respite from whatever else is happening outside of its doors.

Bookstore Worker:  "Folks, we can put a few people over here."

HWCBN was no longer alarmed but a wee bit proud of the room his mother packed.    Then that mother got to stand up in front of the crowd and talk about her work.  She read from the book.  She answered questions.

Really, truly great questions -- from people who actually read the damn book and were genuinely curious.    The Matron was happy -- so happy!-- to thoughtfully answer back, each question bringing her to some new self awareness or artistic realization. 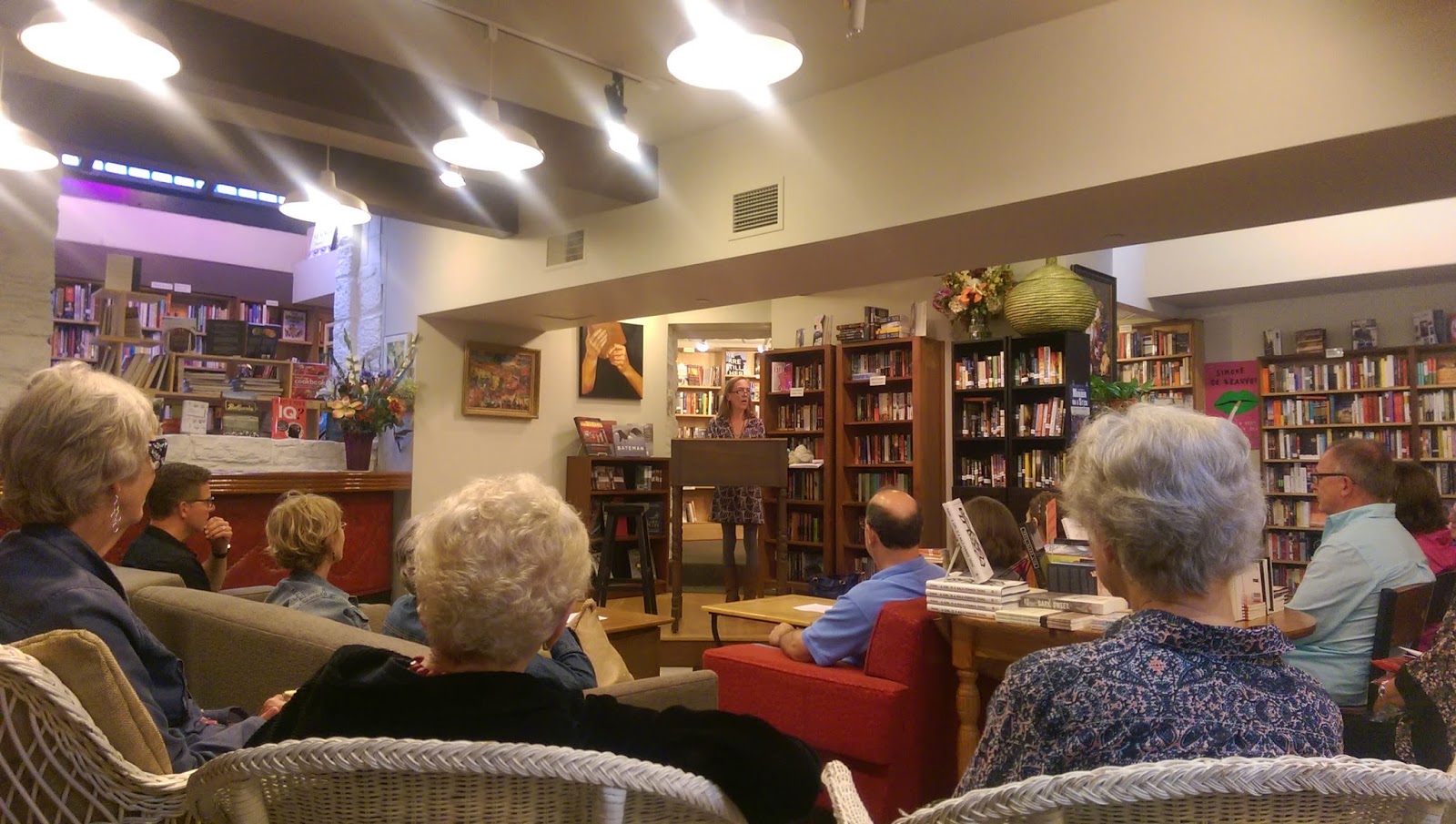 The book store worker kept frantically signaling "time" on his pretend watch until the Matron snapped shut her book and promised to sign some of theirs.

Fifteen minutes later, as she was chatting and signing, she happened to look up and behind her.   There was a LINE.

Bookstore Worker:   "You're competing with the state fair and start of school, Mary -- and we ran out of chairs and books.   Impressive.  Good show, too."

And the son who made it all happen jhad shifted right to flat-out, happy, pride in his mama's show:  "Mom!  I didn't know you had that in you!"

"That" being genuine delight in discourse.  She is light on her conversational feet and enjoys every minute of it.    Not a big surprise to the blogging world, where the Matron gets to strut her stuff routinely--and watch others strut theirs too. 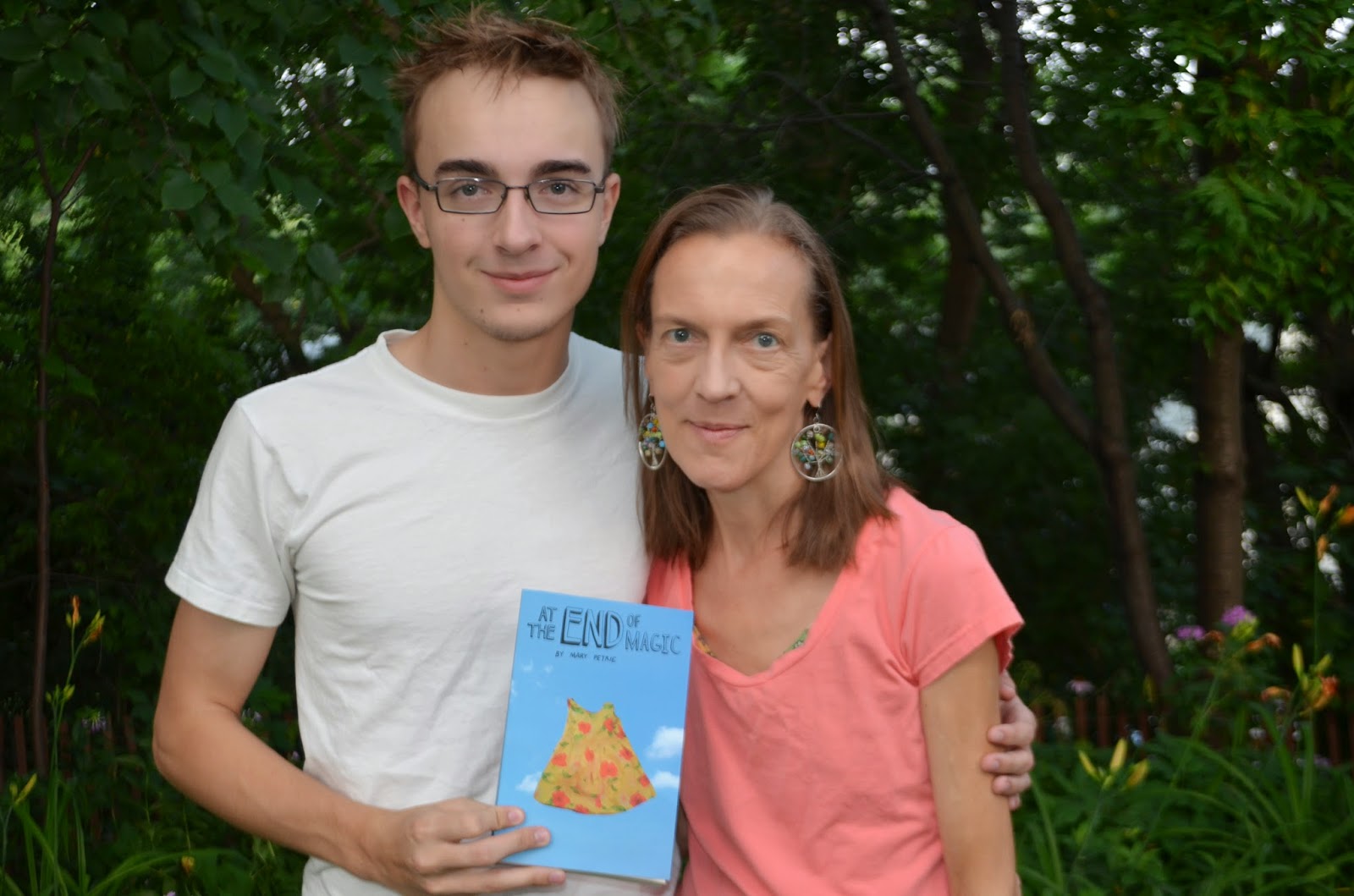 Thank you, Stryker.   It's going to be a magical ride.  Already is.
Posted by Minnesota Matron at 9:16 PM

At the end of magic is where it begins! Love this!

How exciting to get to share this with your son! I am very happy for you...it's a great book!

I loved the book! I finished it right before school started. I love the way the various plots weaved in and out and eventually joined together.... and if I say any more I'll spoil it for those who haven't read it -- yet.

I am so happy for you. Big things ahead. Good, big things!