Bath Night is Also a Battle

Notice the amount of time and attention this child pays to Hair and general Appearance. That would be: zero.
Posted by Minnesota Matron at 3:20 PM 16 comments:

To the Women of LifeTime Fitness

Actually, to the dozens and dozens of women in the very busy locker room of LifeTime Fitness today, who passed the Matron's mistakenly unlocked and WIDE open locker during the hour in which she was (blissfully unaware) working out --and who undoubtedly noticed cell, wallet and car keys nearly hanging out onto the floor (you think SHE would've noticed this) --and who all walked by without taking a single thing, not even a penny!!

She thanks you!
Posted by Minnesota Matron at 2:52 PM 11 comments: 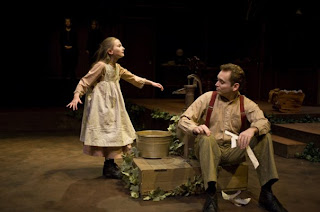 Scarlett, this is why you cannot have a sleepover tonight at your friend's house, even though this has made you very, very very mad at your mother.

You are in your room, pouting. Your mother, the Matron, is venting. 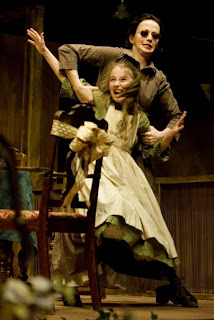 You will arrive home from the theatre around 10 pm. The Matron is not bringing you to your friend's house in the middle of the night. Clever idea, yes, to suggest the friend's mother pick you up at the theatre and brings you there, to save your mother the trip. But you have two shows tomorrows and one on Sunday. 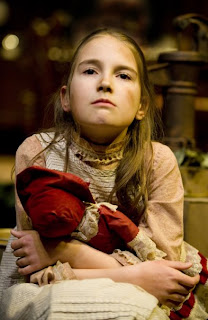 You arrived home around 10 pm last night and adreline fueld you until midnight. Your mother thinks you need some sleep. Remember, this is the friend who likes to stay up all night. Not a good idea.

If looks could kill, though, the Matron would be history by this point. 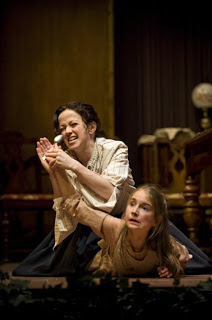 She knows that you would rather not return to school after the matinees or the television promotions. But return, you do. And yes, the answer regarding the cell phone remains the same: No.

Life and art, those mirrors. Your mother knows that you feel like this, even if your frustration is all in the Evil Eye you are aiming at the mother ship. 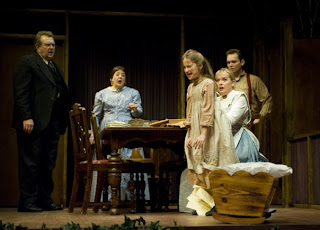 If 'everyone else' has a cell phone, then you have plenty available to borrow, should an actual emergency arise.

Because even though you are downright adorable and 100% responsible, sometimes? For several things? The answers are still no.

All photos by Ann Marsden
Posted by Minnesota Matron at 1:49 PM 15 comments:

Several days ago, the Matron got serious about Facebook. Now she wonders if there is a 12 Step Program for social networking?
Posted by Minnesota Matron at 7:43 AM 13 comments:

The Matron agrees with this article, well worth reading. The great cultural divide? Not between red states and blue, but those able to understand Narrative -- a group that is rapidly decreasing in size.

Thank God Almighty, we are free at last.
Posted by Minnesota Matron at 9:33 AM 14 comments:

What She Loves about Capitalism

The 104 lb, 5 foot 4 Matron has been pounding out those four daily miles for oh, about 20 years now. For the last 14 years, she's also been practicing yoga. For the record, Matron can bend forward from the tailbone and fold herself in half, resting her chest on thighs -- nearly straight.

She actually had her husband take a photograph of this, but in the end, could not bring herself to post a photo of herself featuring mostly, her butt. So here is someone else's butt as example, courtesy of her friend The Internet.

As mentioned earlier, after two decades of exercising mostly without cost, January's icy freeze finally drove her to join a gym for the first time.

Turns out, LifeTime Fitness stores a warehouse full of personal trainers, all seeking fresh meat to firm! One of them contacted the Matron with the standard offer for a one-time, free Fitness Assessment, in which her flexibility, strength and endurance would be thoroughly documented and dissected.

She's not proud. Always looking for that ego-stroke, she said: "Sure!"

And after her test -- in which she folded herself in half and then (for fun!) stood on her head and then did a backbend, followed by a ten minute cardio test in which she ran 6 mph without real exertion-- after this, the 280 lb, 5 foot 7 "personal trainer" who was sweating more than the Matron said, not only with a straight face but with utter conviction and sincerity: "Okay, but there's room for improvement. For just $259 and 6 weeks, I can really get you into shape."
Posted by Minnesota Matron at 6:03 PM 21 comments: