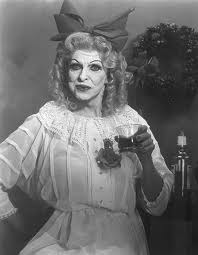 The Matron was recently pondering her bad behavior  --and, logically, thought she would make this public.

2.  It is her practice -- not occasional lapse -- to drive with both the windows open AND the air conditioning on.

3.   When one of her children proves particularly irksome, she waits until the offenders turns his/her back and then sticks out her tongue, wags her fingers, and makes third-grade faces.   Extreme cases mean that she will also wiggle her butt for a full body flail.

4.  It is not unusual for her to literally sweep dirt under the rug.   But only when ennui renders the dust pan untenable.

5.  Fits of a certain someone's anger can - not always or even frequently, but predictably  -- result in broken household items costing less than $20:   old clocks, glasses, tape dispensers.   Mostly here the Matron feels vindicated that at least a financial rule is involved.

6.   See #5.  The Matron feigns shock--SHOCK-- if the broken item is uncovered.  She is brilliant at scratching her head with her husband, puzzling over what could have possibly have happened.

8.  She believes and acts on the premise that it is possible to telepathically command other drivers to do what she deems right -- even if this means tailgating just to make sure that message is getting through.

9.   If you are a member of her immediate family and turn your back on a plate of food holding something she thinks particularly delectable?  It's her.

10.  Knowing that her germ-a-phobic children believe that one wisp of someone else's lips on a glass makes it toxic, the Matron sometimes takes a nice big secret slurp out a beverage she brings them.   Just as a memento to all those fluids she and they have already exchanged.


Posted by Minnesota Matron at 6:38 AM 5 comments: