This is one of the Matron's all-time favorite poems:  another guide to life. 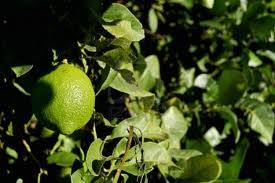 Everything You Need to Know

Humility:   Acknowledge your place in history -- fireflies, we flame and expire.   The nanosecond of eternity in between is what matters.  Make yours count.  Remember, that in many ways it doesn't. Sometimes lessons we think are for our children are really ours, especially the ones we resist.  Someone else has a better answer, idea, or philosophy.  Except, of course, if you are the Matron because as this post would indicate, she alone posses Supreme Wisdom (bestowed by Oprah).  Listen.  Whatever genius or grace you possess burns brighter elsewhere.  Keep looking in that direction.

Memory:   What terrible urgency to be eight years old!   Secrets flicker in every adult conversation or set brow:  what do they know that I can't yet?   Go back to the thrill of not knowing and the fear that someday, you will.  The sigh and cast of eye, the frown or indifference tossed (casually, perhaps) toward a child settle in as history -- evidence of how the world works.  Remember the first time you fully felt the reality of your own death:   distant, impossible, annihilating-- fear narrowed the world to one primal cry for mercy.   Emotion and philosophy, not time, mark childhood.  Pick an age--any of them or all --  and consider the unspeakable universe that was your psyche then.  How slim a percentage, really, of thoughts and feelings went beyond the timbre of your skin toward another?

Kindness:  Carry memory with you at all times.  That small child at the core of your history finds her/his counterpart in the child before you, now.  This is not being weighed down by the past or pretending everyone is the same as you were:  it is exactly the opposite.  Memory used artfully -- held and rolled about, examined-- lets us address the singular, inarticulate geography of a child- parts of the self already locked and sealed, other undeveloped, fertile or raw.   That's where you aim, that pulsing center.  Who among us would knowingly do damage?   Sometimes we so indeed engage just with the person we see during a scolding or a cuddle or a simple lunch, but sometimes (more often than not?)  the experience we're creating is received and understood somewhere else, foreign and inaccessible.

Imagination:   Here is the bridge between memory and kindness, between what appears to be real and what is not.   This is the space where we understand another, and the space where we create the future first.  Paint a world replete with possibility and joy as you define these; show this world and its malleability to your child.  Memory, kindness, and humility stretch the corners of imagination, not as limits, but possibility.   Imagine your day-to-day life with your child as informed by memory, kindness and humility, and it can be.  Purpose is a imagination's transient partner.  It's pleasant to dream and difficult to manifest.  But history and future are nothing but imaginary spaces made official.  Neither exists in the present moment and are perhaps the best examples of our collective imagination.   Employ the power of that kind of creation--constructing entire realities that may or may not exist -  in your own life and teach that power to your child.

Well.  Now that she has avoided much, much work and many, many student papers AND pronounced something "The Four Pillars," she can safely proclaim this a successful evening.  Plus, honestly?  The above is  pretty much actually everything she believes.  At the moment.
Posted by Minnesota Matron at 6:42 PM 3 comments:

Teenagers do not like it when the parents of their friends stop saying 'hello' and jump right in with:

"I'm so glad you finally stopped playing so much Call of Duty!  Your mom was really worried about the time you were spending on that game!"

"Did those tap shoes make it the dance on time?  I can't believe your mother went to seven thrift stores because the new shoes didn't arrive!  She is SO funny.  Did she really whack that other mother with a tap shoe or was that a joke for the blog?"

Merrick, on the other hand, thinks his presence on a blog makes him famous and the thin stream of steady, loyal readers here (bless you and the check is finally in the mail) are the reason.  The blog, and his occasional big youtube hit.

Thanks to Michele Obama and general anti-obesity school crusades, the tiny teeny toothpick Merrick has developed an inordinate fear of contracting diabetes.  This fear manifests itself in the following ways:

The Matron is weary -- completely spent, actually -- of medical discourse.  She is afraid to offer a piece of thinly buttered toast for breakfast, as this initiates a long convoluted exchange regarding the potential of this particular piece of toast to tip the diabetes scale.

Merrick:  "Can this give me diabetes?"

Whereupon the Matron has been attempting simple but honest and thorough answers:  she is happy Merrick cares about his health, she is aware that 'caring' has crossed a line to obsession, and she appreciates that her little guy is genuinely scared about the evil monster Diabetes lurking in his Lucky Charms.

But she will also admit to some Topic Fatigue on the subject of diabetes -- which also extends to each dog and his chance of also succumbing to the plague.

Today in the car, she heard this from the lone occupant in the backseat.

Merrick:   "Does watching TV cause diabetes?"

Every cell in the Matronly body lights up.   If left to his own devices, this child would plug a television into his navel for ease of access.  Everyday is a negotiation between how much TV he is allowed to watch and how much TV he plans to watch.  TV, TV, TV.

But the Matron - - sensitive, attuned parent -- is well aware of Merrick's delicate condition.  One wrong word strikes terror.  He is afraid of peanut butter, waffles, and chocolate chips.   Instead of playing, he is calculating his genetic predisposition to disease.  More than anything, the Matron wants to reinforce Reason and Common Sense.  Moderation.  She does not want her child to live in fear.

Merrick:  "Mom?  Did you heaw me?   Does watching TV cause diabetes?"