"Remind me again--what's the name of this college?"
Posted by Minnesota Matron at 5:05 PM 12 comments:

Anyone weighed down with events in Haiti?

The Matron cannot shake the tragedy. She feels her life, with all its complexities, impossibly gilded.
Perhaps she was looking for levity but today, this struck her. Merrick had his dear friend Jack over after school. They got into a psychological tussle. Threats were levied. Ominous events foretold. Here's where the Matron got involved.
Jack: "Merrick threatened to kill me!"

Real alarm on the Matron's end and trust her, this has been dealt with.
Matron: "What!!"

Merrick: "But Jack threatened to chop me into a million pieces and I think that's the same as killing."

Remember, they are six. The Matron can't quite get a word in edgewise.
Merrick: "Oh my GOSH. But the whole part, the part that is the WORST part, Jack," (and here he starts to cry a little) "is that you said your parents would call 911 -- the POLICE -- if I killed you."

Jack: "If you killed me, my Mom and Dad would totally call 911!"
Merrick: "That is SO MEAN! Mom, can you stop them? I would get in BIG TROUBLE."

You would have to see the full body reaction. At this point, he deflated like a hot air balloon crashing to earth, complete and permanent defeat settling across his face as his body sunk about four inches lower.
Merrick: "Uh oh. So I can't be a bad guy when I grow up after all?"

!!!!
That's how deft the current parenting appears to be.
Posted by Minnesota Matron at 6:50 PM 10 comments:

Fellow book lovers who know Haiti from Danticat's staggering, impossibly perfect book Breath, Eyes, Memory, might be interested in hearing her speak about the earthquake.
Youtube has some images (warning: difficult viewing).
The Matron, who has been listening to NPR and on the web far too much today, has nothing pithy or pretty to say. Just a prayer. A continuing nod to how surprise and brevity ultimately shape us all.
Posted by Minnesota Matron at 1:03 PM 5 comments: 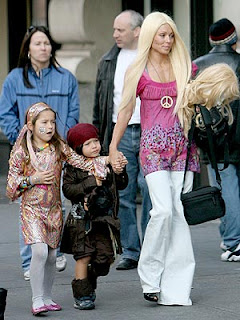 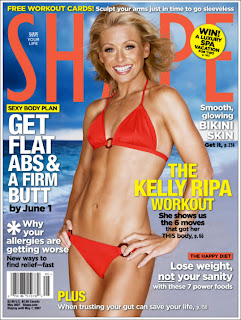 Every so often, the Matron catches Kelly's daily banter with Regis. The Matron is struck by how down-home-busy-working-mama Kelly constructs herself to be. Lots of talk about carting the wee ones, the joys and dramas of the under ten set.
This woman has no body fat. Where is her jelly roll, the rotund and inflexible ring of fire that the rest of us mamas have? The Matron is no porker but even at fifty sit-ups a day, she has the mommy fat around her middle-aged maternal belly.
This is the point in the narrative when she reminds herself that part of any skinny, beautiful celebrity's regular work day is the work out: the 9 to 5 or 6 to midnight or whatever the day would be probably incorporates a couple of hours at the gym. Celebrity salaries depend on staying not only trim but downright undernourished.
But today, all of this blather depresses the Matron. Actually, pisses her off!
It is hard to be female -- and it is hard to be a woman growing older. Yes, yes, she can hear you now, all about the self-love and body acceptance, aging with grace. You're right, of course. Perfectly right.
But a little part of her - -the vain streak despairing about age and another part peering into the future for her eleven-year old daughter who is quite literally growing up on stage and in film -- is so weary of a world in which many women (and she counts herself among them) might wage world war over a cookie or a slice of pie: should she or shouldn't she? What will she do for dinner? Was there exercise in the day?
While her husband will down the dessert without a thought, slam dunk.
She doesn't much think about these issues -- the glorified, sexualized slender female body -- because, well, she's just been through that drama already. But maybe she should be giving this more consideration.
After John and the Matron ended their no caffeine, no alcohol, no sugar, three week cleanse (thank EVERYBODY that's over and pour another cup-glass of both), she overheard Scarlett and a 12-year old friend discussing whether or not they should also go on a 'cleanse' the following week.
Scarlett is a child, a girl, growing up watching her mother say NO to pasta, cheese, pie. A mother who works out nearly every day and who -- pregnancies aside--has maintained the same body weight for twenty years. With effort. And it isn't all about the health, folks. This post is tough -- she's putting herself out there -- because she's being brutally honest: the self-discipline is partly about health but also (okay MORE) about wearing the size one jeans and looking good -- by the culture's problematic, damaging and demanding standards.
She's here to tell you, there are rewards in being a woman and being thin. She sees how people look at other women her age, sisters whose breasts and stomach are one, who hide their bodies in bulky sweaters and sweat pants. Women who bear at least a passing resemblance to assumptions about beauty and grace get treated better. She's not endorsing this but reporting the reality.
Events over the weekend -- unrelated to food and bodies and probably a post for tomorrow -- held a mirror to how the Matron and her husband are modeling LIFE for their children. Expectations, pleasure, discipline, dreams and duties. Modeling how one navigates the larger world, with its demands and inconsistencies.
Modeling what it meas to be female. Today, the Matron thinks she could be doing that a little bit better.
Posted by Minnesota Matron at 11:53 AM 15 comments: