The Matron, awash with maternal anticipation for Middle School, took Merrick to orientation for his academically rigorous new school. Incoming sixth-graders were given a piece of paper with five questions and ushered into the gym, where a teacher explained precisely what they were to do with that piece of paper over the next two hours. Students would be going to small classroom meetings, where they would hear school themes and messages that should be recorded onto that paper to answer the five questions. This went on, clearly and without deviation, for 15 minutes. Then the group disbanded for said small classroom meetings.

Matron: "We just spent the past half hour talking about this!"

Matron: "You go room to room with your group, and the teachers will give you ideas about how to answer the questions on the paper. Does that make sense?"

Merrick: "Is this school now or something before that happens? And what did you say again about that paper?"

When she left him with group and home room teacher, all she  could do was shove him into the fold, look the teacher square in the eye and say: (with meaiing):  "Good luck."
Posted by Minnesota Matron at 9:40 PM 5 comments:

A Moment with Merrick


There are times when the Matron simply cannot get over the absolute adorability of her youngest son!

Matron: "What do you want for your snack at camp, Merrick? Carrots, sugar snap peas, apple?"
Merrick: "Beef jerky."Matron: "Don't want something to go with that -- a vegetable, fruit, cracker?"Merrick (totally taken aback): "Mom! This is SPORTS camp. I can't bring sugar snap peas to a sports camp. I need meat."Matron: "Preferably raw, correct? A big hunk of raw meat?"Merrick (joy!): "Do we have some!!?"

Speaking of adorability, just see that radiate when he was three!    That little man could move a Fisher Price.  And he did . . . endlessly. 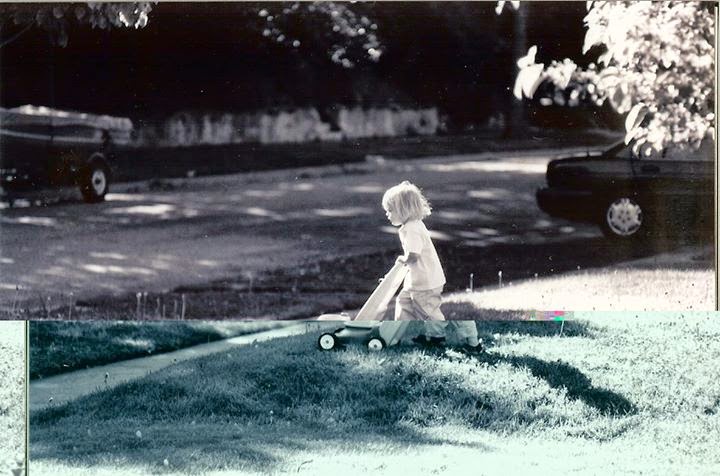 Eight years later . . . and back in that kitchen.

Merrick inquired if child labor laws existed in Minnesota.
Matron: "Well, yes. Why do you ask that?"Merrick: "That's private information for me and the police."For the record . . this is not long after he helped his mother set the recycling at the curb.

So much for the yard work impulse, it would appear.  The Matron thinks Mr. Adorability won't need lawn skills or a well-developed palate to succeed in life, particularly with the ladies (or the men, should he swing in that direction).

He just needs to bat those eyes. 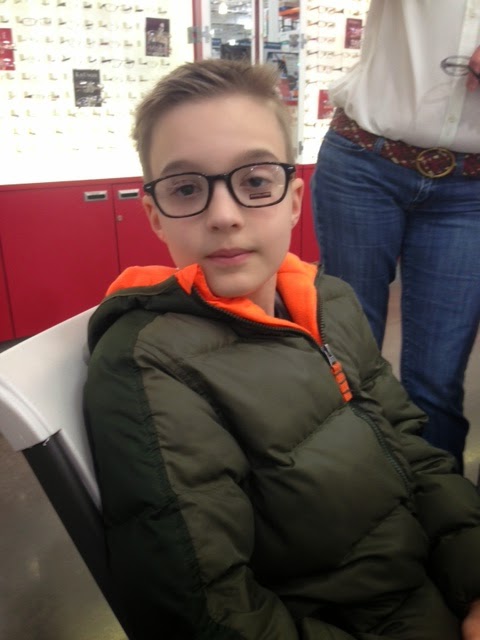 Posted by Minnesota Matron at 6:16 AM 3 comments: