Closing Her Eyes and Taking that Leap: Faith 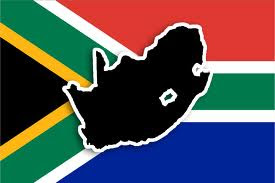 The Matron is not well known for her risk taking skills.

The most daring thing this middle-aged mama has done, of late, is dog sit for a puppy.   Yes, a wilder streak in her youth led her to Prince Charming, but after Initial Impulse died down, nearly 22 years of staid and steady spun out of that dalliance.

But the Matron turned 50 last November.   This means that the next birthday -- just four months away - makes her 51.  And so on.   The time for reflection, coupled with a hearty dose of panic, has passed.  It is time to move forward before time runs out.

Part of moving forward led the Matron to mark that fiftieth with a physical challenge, something she was certain she could not do:   thirty 90-minute Bikram Yoga classes in thirty days.     But she did it, side-by-side all the 26 year olds and their nubile skin.   Yes, there was more sagging on her end of the mat --psychological and otherwise -- but she emerged 30 days and 30 classes, later.

Friends?  That felt good.   She didn't move any mountains -- just her scrawny little ass - but that sense of movement fueled cells and spirits in ways she hadn't anticipated.     The most informative element of the endeavor -- for the narrowly planned, highly-wrought Matron -- was the absolute lack of 'planning' involved.   She signed up quite nearly on a whim -- without even thinking.

Just like how she jumped into the fire with her beloved and didn't really 'decide' whether or not to have children.

Here was the conversation about whether or not to have a baby.  John and Youngish Miss are four months into their marriage, four years into their co-housing/love relationship, and four sips away from finishing a second bottle of wine.

Youngish Miss:   "We haven't really, seriously talked about whether or not we should have children."

Youngish Miss:  "On one hand, if we don't, I might regret it.  On the other, I'm not particularly fond of children."

Youngish Miss:  "Let's not use birth control -- this one night -- and if I get pregnant, then that's REALLY A SIGN that it's meant to be.  One time and all.  If not, then we're DESTINED to not have children."

All John gleaned from this edifying discourse was that sex was involved.  He was a definite yes.

A few weeks later, Youngish Miss was on the phone with her beloved, weeping over their rash behavior.   Still.   She had that baby.   Because the foundation of that impulse was stronger than whimsy:  there was desire she wasn't yet able to fully articulate or recognize.   Intuition knew it was there.

In retrospect, the Matron understands now that many of her best decisions -- her marriage, graduate school, children, house she lives in -- were what other people might call impulsive.   When asked to get a doctorate in English by that department's chair, she just said yes without as much as blinking.   When John asked if she wanted to buy their current house and sign on for complete upheaval, she said yes without thinking things 'through.'

She had neither planned on getting a doctorate or moving.

Yours truly recently spent five spa-like, dreamy days at a work conference in Atlanta:   king-size bed, room service, work-out room, pool, bar and restaurant.  If there is heroin for a middle-aged working mother of three (who is afraid of drugs and legal problems), it is called the Crowne Plaza.   When the Matron signed on to learn more about "faculty development" and "instructional design" (basically, learning how to help college professors be the best teachers they can be with the latest tricks and tools) all she could think was:  five days!  Five nights!  Alone!

Turns out that nearly every minute of the conference offered her something rich, rewarding, and new.  She learned enough in the first two hours to feel like she'd already justified the college's substantial dime --and then spent the next five days repeating that experience.    She met amazing people and had rich, personal, and professional discourse into the wee hours; she did nothing but feed her psyche, soul, and intellect.

Along the way, over the course of those fives days, came the decision that wasn't a decision but a 'yes' without thinking or blinking?  A woman with the authority and pocketbook to make this happen invited the Matron to come to South Africa for a year -- during her 2014 sabbatical (starting next summer) -and help a certain university gain firmer footing in online teaching, an area in which the Matron herself excels.

South African University Administrator:  " I would love for you to come and teach us to teach online!"

This transpired at midnight; the conference ended the following morning.   The important --and lovely -- South African administrator left early, early in the morning for her 18 hour flight home.    The Matron woke, once again disoriented and uncertain.

That was one tenuous invitation -- a few last minutes before the two women, who spent most of the conference side-by-side-- parted ways.   It was a complex invitation as it extended to the Matron's family as part of the complete package, invited.   The Matron understood that she could drop this thin thread and never contact that administrator -- lovely as she was -- again and forget the complete Upheaval and absolute Complication that even attempting to make this happen would involve.

She opened her computer and sent an email:   "I would very much like to work with your faculty."

Many, many issues remain unresolved -- including approval from her own college -- but the important, life-affirming energy is in the 'yes' itself, regardless of outcome-- trusting the impulse that has brought her life's greatest surprises and gifts.

The CV and cover letter will be in the administrator's hands by July 15th.   When asked if that was enough time, the Matron said:  "yes."

Because it is indeed, precisely, time itself that this 50 year old woman is considering.

And 'yes' -- she will be bringing the younger two children and seeing what happens with HWCBN and college.  John's ability to leave his work for a year, uncertain.   She will keep you posted on the outcome and the yes!