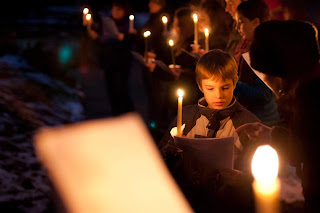 The Matron cannot resist a cherub, particularly one she herself produced.  Consider the angel above.   Sigh.

So it might not be hard to imagine how the mother fretted over the physical decline of this child.   Virus, strep, flu.  You name the creepy crud and it crawled into him.  Merrick went through each illness straight to the next, wracking up more visits to Urgent Care in six weeks than an entire lifetime.    Yes, the Matron chafed at the time and energy involved in all those doctor visits for "it's a virus" largely but as time went on, she became Concerned.

Every time she looked at that child, she knew something was wrong.   His face?  Pale.  Bright eyes?  Vanished, replaced by depressed little droops of bags and skin.  The boundless energy?   Gone.  Instead, the boy who runs, shoots, volleys and tumbles fell onto the couch and never wanted to get up.

Merrick:  "I feel lazy.  I don't know another word for my main symptom."

The mother began to suspect her child was depressed.   For no real reason, he cried himself to sleep once.  He seemed perpetually down, low, disinterested.   This lackluster approach to sentience disturbed the Matron the most, particularly when coupled with his baggy eyes and pale skin.

One Monday morning as Merrick drooped toward the door and school, she stopped him in his tracks.

Matron:  "We are going to the doctor.  Today.  Your regular pediatrician."

Now, they hadn't seen this doctor during the six weeks of illness-- illness which seemed to acutely manifest itself on the wildly inconvenient weekend or evening (as they so often do).  So it was Urgent Care or any doc that would do.  This time, yours truly called the clinic and demanded to see Dr. D.

And when they did?  Dr. D. walked into the exam room, stopped in his tracks, and put his clipboard on his chest.

Here is where the mother nearly fell apart -- affirmed, relieved, grateful, alarmed.  Training and Degree saw precisely what the maternal eye did.   That child was not right.

The physical exam said nothing but that blessed doctor ordered every test under the sun.  The technician took SEVEN vials of Merrick blood.  Drip, drip, drip.   All that information, trickling into the tube.  Various cancers and autoimmune markers ready to reveal.

. . . or not.  Thank God-Buddha-Oprah-Universe-Allah, nothing irrevocable or enduring was amiss.  But.  Turns out that Merrick has precisely zero Vitamin D coursing through his body.  Zero.

Well, okay, she exaggerates.  But he is "acutely symptomatic" for "Vitamin D deficiency."  The range for this is 30-70 something or other.  Merrick has 14  -- and it will take THREE LONG MONTHS to rectify.

Three months.  From what the Matron has learned, her son may begin to feel a little less lethargic within a couple of weeks but the flagging spirit can can much more time to resolve.  It is difficult to see one's child simply slow down and sputter out, to lay on the couch and ask why he is suddenly "lazy."

She is grateful for this particular answer -- and not another.   And never, ever again will she doubt her own eye -- the Mama Vision that clearly saw Trouble with her Child.