Yesterday between 10 and 11 pm, the Matron became aware of the following vital information.
1. Sunday is Easter (really, as a practicing Buddhist, she wasn't tracking).
2. Merrick -- awake late because Scarlett had a friend sleeping over and much jealousy ensued) informed his mother that the "bunny is coming."
3. Scarlett is still uncertain about the Easter Bunny's actual existence but is adamant that nobody can make up Santa (she's 11 and the Matron wonders if this is ethical).
4. He Who Cannot Be Named is confident that Scarlett is entirely lying about all in #3 and it just out for sympathy and presents.
5. John is done with his part of the family taxes and the Matron? Uh, where is that folder?
6. It is possible for a dog to produce its body weight in vomit.
7. Cucumbers left in the fridge for a month morph into a meaty liquid.
8. If you don't water the plant in your son's bedroom, it dies, and then you need to have that awful mortality conversation. Don't even get her going about "Dave," the fly.
9. Ringworm is tenacious and inventive. The horror surrounding this can't quite be articulated, especially because--in case you weren't reading closely -- this information was imparted between 10 and 11 pm. On multiple body parts.
10. EVERYBODY snores, including the visiting dog who produced her body weight in vomit.
Guess who went 'bunny' shopping today?
Posted by Minnesota Matron at 3:49 PM 6 comments:

About two years, ago, the Matron was innocently going about her own business when she was overcome with the desperate need for Sugar and Caffeine: NOW.
Because a Bruegger's Bagel Shop was closest, she landed there.
While a bagel sounded good, the calorie-health conscious Matron decided that a cookie might be slimmer fare--this being 4:00 in the afternoon, a between lunch and dinner emergency. She could practically smell the peanuts wafting from the plastic wrapped peanut butter cookie.
But.
For some odd reason --she had never done this before and hasn't since--she asked the clerk if there was a nutrition sheet for the dense peanut butter cookie she was holding in her hand. Indeed, if there had been a terrorist attack, she could have vaulted that thing across the room and knocked anybody down with one strategic throw to the skull. It was that heavy.
Imagine her shock: 590 calories in ONE COOKIE.
Matron to clerk: "Do you know this ONE COOKIE has a third of the calories an adult, ahem, middle-aged woman needs in an entire day?"
Clerk: "Did I tell you that my granddaughter finally got her catheter removed? She can poop and pee now without the tubes."
Matron (how old are you? fearing they shared a birthday only the Matron still has her teeth): "Uh, that's great. But this cookie has 590 calories! That's criminal."
Clerk: "She's a dwarf. Did I tell you that?"
The Matron has a similar exchange about the 'dwarf baby granddaughter' every time she tries to buy her 330 calorie bagel. That's over 200 calories LESS THAN a cookie. Plus, she wonders if that poor child (who is two now) will ever live beyond the descriptor "dwarf baby."
Of course, the new health care bill requires all restaurants --including fast food joints -- to post calorie counts. She's pretty sure she's going to ignore anything about muffins at Starbucks. . .
Any guilty pleasure you want to continue, calorie count aside?
Oh, and that tent thing last night? The troops rolled indoors, where the Matron was waiting, around 10:30 pm. If there hadn't been that bloody nose (Merrick), tummy ache (Scarlett) and argument ( ), she would have been in bed by midnight.
Posted by Minnesota Matron at 3:03 PM 9 comments: 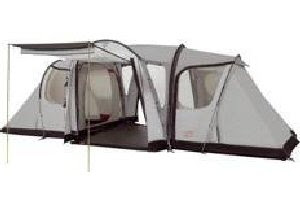 Matron: "Are you kidding me?"

John: "I'm going to buy a Coleman tent that sleeps seven."
Matron: "But I hate nature unless it's nestled on cement."
John: "You don't have to come."
Matron: "But I'd be lonely! Just don't buy the tent, not yet."
Guess who went to Cosco with two of the children, and, characteristically, came home with a tent?
8. Tents reside outdoors, which means, one sleeps outside. In Minnesota where it is barely above freezing this time of year (usually, today--the day of the great outdoor backyard camping experiment-- is unfortunately tropic).
7. Satan's Familiar's cloven paw will most certainly be thrust in the Matron's face (oh, and look for a new S.F video coming up, courtesy of He Who Cannot Be Named).
6. Satan's Familiar's minions -- the three million snakes that live in the yard -- are currently making BIG PLANS for tonight, starting at about 2 a.m.
5. Who will drink the last glass of wine in front of the television if she's outside?
4. This is the 'hood, folks, not a national park.
3. The Matron is still traumatized from a family trip when she was 14, wherein the family made its way from Minnesota to California, camping. Imagine being 14 trapped in a station wagon with your siblings for three weeks and the highlight of your day is pitching the tent at 9 pm. She still needs therapy.
2. Once when she was camping as a child, her little brother stood up and peed on her. Merrick is about the same age.
1. It is not yet April and she doesn't start pretending to enjoy outdoor activity until May 19th.
Posted by Minnesota Matron at 10:18 AM 12 comments:

One Minute You're Auditioning for a Scorsese Movie, the Next Minute, You're Not 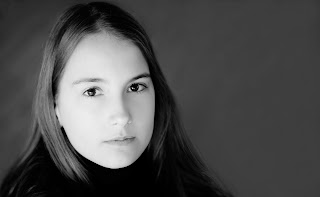 Yes, this happened to Scarlett. One minute, she was being instructed in all things British accent for an audition for a Martin Scorsese movie and the next? 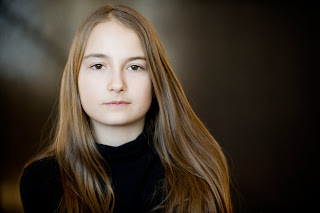 Damn. They picked a girl with an AUTHENTIC accent -- a 12 year old from England, of all things. 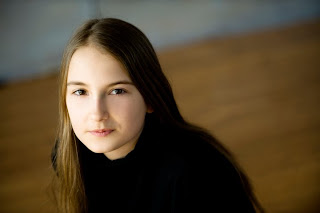 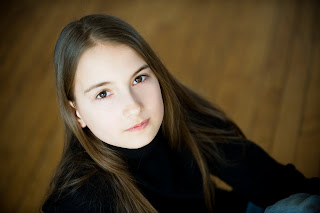 Kids change monthly. Here's a taste of the new head shots for the 2010-11 theater season. Scarlett has one show lined up (Cat on a Hot Tin Roof at the best theater in town -- theater friends who are reading this know how amazing this place is) and auditions ahead for the rest.

Scarlett didn't go to L.A. for pilot season. Her choice but also what the parents were hoping she would pick (because the parents decided 'not yet').
She has a lot looking good locally. She's happy. And has slumber parties, birthdays, outings, book reports, projects and regular kid-stuff ahead. Along with many auditions.

And she's happy.
BUT don't even get the Matron going about the agony of conversing with parents at auditions. . . happened today and she might need FOUR martinis to recover.
Yes, yes, yes .---your dear Matron is a Stage Mother. She wants her children to succeed and she's not aiming for hypocrisy. She's all happiness about Scarlett's journey and is thrilled/proud when Scarlett gets the shows SHE (not the Matron) wants.
But at least the Matron has personal goals that don't include her children (hello? they're separate humans with their own lives/desinties that have NOTHING TO DO with the parents) reads the newspaper and can converse about something other than her children. Health care? War(s)? Careers? Let's get desperate: knitting? (sorry K).

Uh, for yesterday's auditioning parental pack, guess not. Lord help her over the next few weeks as the theater season gels.
Posted by Minnesota Matron at 9:38 PM 16 comments: