The Matron considers herself occasionally courageous.

She gave birth three times--the last two, sans medication (although not for lack of begging with the third).

Every day, she walks in Scarlett's room.

She enjoys the thrill of tottering on these: 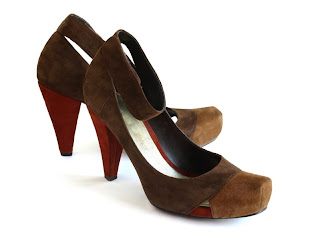 See these three young figures, innocently off to school? Sweetness itself?! 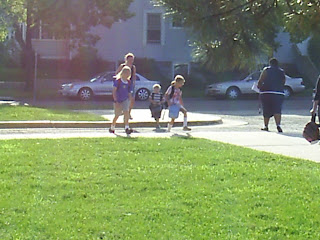 Do not be deceived. They are dangerous. One is too smart for his own good. This morning, The Very Smart One held up The Baby's stuffed Grinch doll and said: "Wanna have some fun? All we need is a waffle iron and some lighter fluid!"

Which he went in search of.

And the Girl is, quite frankly, insane. Between May 2007 and May 2008 she will have one week--this one-- without being in production for a show or on stage. What is she doing with her free time?

She is writing a research paper on the history of theater, developing a script for The Little Princess, and starting preproduction for her private backyard summer theater event.

Her room? This would be Wardrobe, Central Casting, Hair and Make-up and an actual cattle call with real live cattle. The Matron is certain that small wildlife seek refuge there.

Yet the Matron? She signed on for this high-stake, fast-paced, exotic adventure!

She has also bravely belly-crawled through the most dangerous territory of all--family dynamics--and shouldered the weight of her own complicity and participation in dysfunction throughout her formative years.

Yet the other day, the Matron had a panic attack on this:

While bouncing toward a field trip with 75 children, the Matron and the Matron alone was somehow suddenly provided with the certainty that the driver was not a kindly capable retiree, but a terrorist (of the benign looking but really White Supremacist Conservative Sort) who was planning to drive the bus off of the bridge and into the Mississippi River.

She mourned all that loss of life (especially her own) the entire way to the Minneapolis Museum of Art. Only fear of furthering damaging the already insane Girl kept her from kissing that ground.

This makes the Matronly stomach church:

Because the drive to Minneapolis-- or down the block, could end like this:

In sum, the Matron fears Transportation, all sort. She is very aware of hurtling, in general. For example, the Matron doesn't drive to Duluth. No. She hurtles down the freeway at 70 miles per hour in a shaking hull of steel.

How primal is this to the Matron, how foundational?

Occasionally, the Matron will find herself at some innocuous task--dishes, laundry, groceries--only to be suddenly overcome by the awareness that she is standing on a planet that is hurtling at millions of miles per hour, through space!!

So she will oh so ever slightly steady herself, or grip the counter, just so. Just for a second.

Soon, the Matron and Stryker will visit her brother and his family. They will be going in this:

Did she mention that if Transportation doesn't do her in, Height-in-general is standing by to take over the job?

When the Matron was a Young Miss and her family drove through the mountains, she read a book. Because she couldn't look out the window. Escalators actually carry you upward so that you can magically fall off them at the top -- and die. The view from the top floor of anything? Well, she would just rather not have to go so high in order to see that.

But friends, that Matron, she is brave.

She drives every day. Everywhere. All the time. When the shaky scary panic attack threatens, she tells herself: if my baby brother can be the senior vice president of the Federal Reserve Bank and conduct global business, I can drive on a freeway. Goddammit.

It's good to inspire in utterly orginal and unanticipated ways.

(oh. that belly-crawl through family dynamics? she's not still doing that, is she?)

She lives in a house with a panoramic view of the city skyline, takes strollers on escalators (risky!), and once, even peeked down from the third floor railing at the Mall of America. If someone else is paying, she will dine fine--in the kind of restaurants that perch atop tall buildings and beg you to take in that view. She does. And looks down.

The Matron is all about living life to its fullest. Complexly, this requires staying alive.

But despite her best efforts, she is currently haunted by this:

So our intrepid Matron -- who wants to be psychologically available to her son while traveling which will be impossible while she is cowering in the bathroom, panicked-- is going to the doctor next week for some of this:

And because she has never had these little helpers before, The Matron is going to practice. She wants adverse side effect, should it emerge, to do so in the safety of her own home instead of on a plane with The Very Smart One whose Emotional IQ falls quite short of the brain's.

She also wants to make damn sure that it works.

After the past couple of weeks, the Matron is eagerly anticipating this preseason game. She is certain she will just float on into that classroom next time.
Posted by Minnesota Matron at 8:26 AM 20 comments:

The Apple? Close to the Tree.

I couldn't get this to download so I can't upload.

Stryker told me that this is his favorite music video.

There is a God.
Posted by Minnesota Matron at 6:55 PM 6 comments: 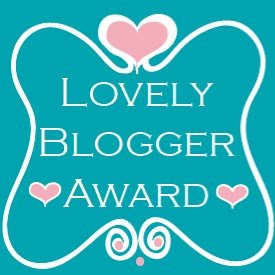 Domestically Challenged handed me this. Probably the closet thing a community college adjunct will ever get to merit pay. . . and, oh have mercy, I am spending the day grading papers.
Posted by Minnesota Matron at 12:15 PM 8 comments: