What Will You Do?

This question frequently visits the Matron:

"What will you do with your one wild and precious life?"

This line from a Mary Oliver poem frequently compels the Matron to put away the Bon Ami and sponge and take a walk, read a book or write those 350 words of fiction a day.

Last week we marked the 40th anniversary of Martin Luther King's assassination, and she's been thinking about how one man chose to spend his life --knowing full well the constant threat to that life's continued existence.

Three days after the assassination, Nina Simone wasn't sure she could go through with a scheduled Long Island concert. But she did, singing a 13 minute long tribute to Martin that her brother wrote.

The Matron's technological drool has become a small leech-infested lake (with trouts!), so instead of downloading the YouTube video, she must direct you to five recorded minutes of that song.

If you're at work, she recommends closing the door. There will be weeping.

The NPR story that tells the larger tale, here.

One wild and precious life. I hope we're each alive in ours, full throttle.

Because all of her readership --- that would mean you -- are now sated, pig-love-drunk, recovering slowly from that floor on the side of the bed, from this most guilty pleasure of all:

The suburban soccer who interviews B-list celebrities in the back of her mini-van while running errands -- and supervising her junkie stepdaughter, who cannot be let alone for nanosecond, being a junkie and all that. There are the younger kids, the real celebs and the husband?

I'll let you enjoy that moment.

Each episode is just a few delicious addictive moments long.

No! It's not true. Jeannie is veteran actress Liz Cackowski. The Matron doesn't even care, it's that damn funny. Recommended by McSweeney's as the best next thing on the internet. You heard it here.

Really. It's better than Dooce and Her Bad Mother, combined, on their best days. Of course, the Derfwad Manor continues its command of the Planet. But if Jeannie wasn't fiction, she'd be giving Mrs. G. a run for her money.

Thanks, Emily!
Posted by Minnesota Matron at 5:58 PM 7 comments:

Given her recent ruminations on her luck, so far, she was reminded of other kinds of fortune.

You do not want to stand next to her during a thunderstorm. 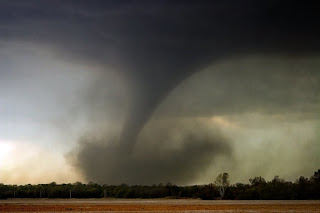 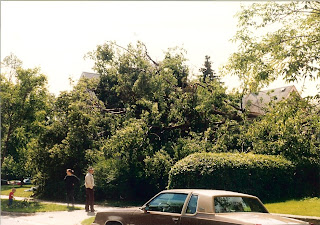 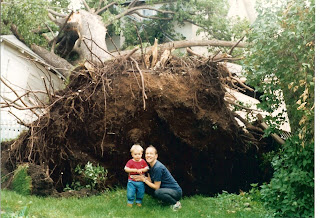 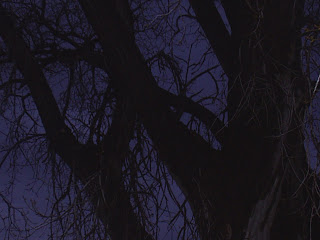