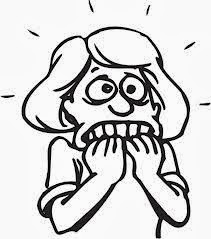 It has been some time since  the Matron blogged about her eldest, and she will do so here with caution and restraint; in sum, she will try to tell her story, not his.    It is an installment-sort of story that begins sometime last year . . . .

When He Who Cannot Be Named (HWCBN) was a high school junior, preparing for all those college tests.   This college junior entered said college exam era in an exceedingly advantageous position:   fourth in his graduating class (@ 500 strong); national honors and recognition in debate; a dizzying number of AP classes in process; slew of other good stuff.

The Matron-- college instructor that she is -- was nonetheless a Brand New Parent in this regard.   She did her homework.   She knew that her guy had a lot of good stuff going but needed those strong test scores to seal the deal.  So she offered to buy him study guides:   ACT, SAT, SAT Subject Tests.

The study guides arrived!    And stagnated on a bookshelf.

The Matron suggested to HWCBN that perhaps he take an ACT prep class.   Here!  Wait!  Surprise!   Why, she had a small roster of local offerings -- look how many types of ACT and SAT classes were available.   One could go to the biggies like Sylvan or Mathnaseum, or hook up with any of the many private tutors doing the same thing for less.

Next, the Matron suggested an online course?  Again - what a surprise!  So many options, from the College Board to private companies and tutors, it would be entirely possible to immerse oneself in preparation online -- as in, from the safety of your bedroom!

So popped the pattern:  the Matron peddled study guides and her son said no thanks, I've got this.   But the Matron could not possibly in one million years understand what "I've gotf this" meant while the ACT study guide atrophied on the book shelf.

One week before the ACT, the Matron asked her son-- one more time, just in case -- if he might consider an online four hour class, starting tomorrow?

HWCBN put down a book he was reading and leveled his gaze, clearly exasperated:  "Mom!  After I've told you like a million times that I'll take care of this, why are you still asking me to take classes?"

This gave the Matron actual bona fide pause.   Indeed.   Her son had clearly rejected her plans for his own, yet she persisted.   Why?   Then she knew and she told him.

Matron:   "Do you remember when you were 11 and decided you want to become an expert at yo-yo?    Not only did I find you yo-yo lessons, I found Dazzling Dave, THE NATIONAL YO-YO CHAMPION, who just so happened to live forty minutes from here.   I drove you through rush hour traffic, forty minutes each way, to yo-yo lessons for a year -- sitting in Dazzling Dave's basement waiting for you with whatever assortment of pets and toddlers happened to be there.   You won a national championship in your age group that year- remember?  Well, that's the kind of mother I am.  My kid wants to learn the yo-yo?  Let's get him the National Champ for lessons!  If I  did that for an 11 year old interested in a toy -- what do you think I'm going to do for a high school junior preparing for college exams?   Considering those stakes and this personality?  I can't help myself.    I need to do whatever it takes to get you there -- wherever there is."

What did that child say?

"Thank you for the Dazzling Dave thing, Mom.  I totally get it.  But you can stop now.  You really need to.   I'll take it from here."

And the Matron realized that this is exactly what he had been saying for weeks:  I can take it from here.  She just hadn't heard.    Until that moment.

You know how the nice part of this story would be where she let it all go?   Just had that 'click' moment and walked away, not concerned one more whit about whether or not her son studied?    The moment where she understood - on a visceral level - that her young man had to be trusted with his own destiny (like it or not)?

That nice part actually happened.   She walked away and let it go.  HWCBN did indeed have his own plan and that was to study for a couple of hours the night before.      She realized this is not the way she her own fine self would have prepared . . . but she actually honestly didn't care!

It was oddly liberating to realize you cannot control another person and that perhaps some of us will not be National Yo-Yo Champions and perhaps her son will (of his own volition) get a poor test score because he didn't study.   And that would be that.

You know  how this ends with the lesson?   Where the test score comes and it's good but not great.   It's a disappointing but not dismal score - -the number the Matron expected for her very smart son who also did not study.    Yet even in the face of this disappointment - his disappointment -- she was sanguine and detached, appreciating that this series of events was running its full course, for her and her son, who would learn the value, perhaps, of study and preparation.

This, however, did not happen.

Because HWCBN aced that damn test with a near (not quite) perfect score - the kind of score that makes people jump a little with joy (okay she did that ) and puts your child into that top tiny percent.    So HWCBN's dubious lesson was that the independent path of the ill-prepared pays off, big-time.  And the Matron - limp with relief - learned that even though it is impossible to control someone, you can still get exactly what you want anyway!  Yippee!

Such was the psychological terrain marking the start of this journey . . . .