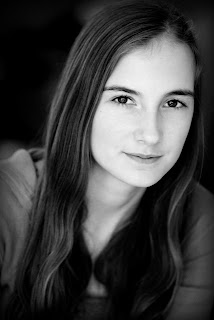 Stage Mother has taken quite the hiatus. She believes it is time to indulge in the Diva. For a brief history of Time (meaning Scarlett's entire childhood), settle in and start here.
Scarlett has been busy.
She returned to her favorite theatre, Youth Performance Company -- the best thing going for young actors in Minnesota (maybe the U.S.) -- when they reprised this stellar show, with Scarlett in it. 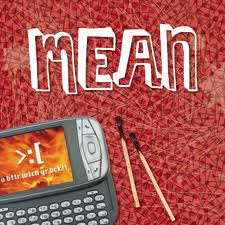 The show was about bullying. The actors who perform it? All about love. 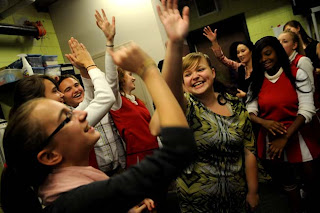 Love, community service, social justice through art, incredible theatre, = Youth Performance Company. It's like Buddha-God-Oprah-Allah-Universe spread the Magic Carpet and Scarlett strolled right on it.
Over the holiday season, Scarlett returned as the little match girl in The Match Girl's Gift. The show -- and the diva -- earned a nice review. Plus, another amazing group of people.
But forget nice. Scarlett's favorite roles appear to involve illness, trauma (Scarlett played young Clara), and onstage death.
The Matron's brother was coincidentally in St. Paul during The Match Girl's run. Naturally, he and Grandma Mary took in the show. Despite-- or perhaps because of -- Scarlett's dramatic collapse toward death, Grandma fell asleep. Twice.
Matron's Brother afterward: "How can you stand to see her suffer onstage like that?"
Matron: "That's nothing. You should see her at home with a head cold."
This fall, the family discovered that one of their own could shake and shimmy. Loves to dance on national TV.
One guess how the Matron's only daughter spent this very evening? At rehearsal for this upcoming show, followed by seeing a friend's play --as an audience member.
Weekly Conversation in the Matronly Home
Scarlett: "Here's the list of plays I need to see this week."

Matron: "Is there some kind of natural selection we can fall back on? Like budgeting?"

Scarlett: "But my friends are in these!"

John: "Is there a single play in the Twin Cities that doesn't have one of your friends in it?"

Scarlett: "Actually, no."
Ah, the wild thrills and prestige of Stage Mothering. These perks take place behind the wheel of a minivan and are: listening to All Things Considered on NPR, coffee and cookie while driving, slowing down when being tail-gated and fielding frantic calls from children left behind at home.
Merrick: "Is dinnew befowe ow aftew weheawsal tonight?"
Don't hate her for her glamorous life. It's actually very exciting to map out the daily driving. What ramp is closed?!! Who will cut her off!? Where is the traffic lighter! The Matron could probably mobilize and move a small army with her well-honed transportation skills.
But Scarlett? Ah, she's moving the world -- and her own beautiful, independent spirit. The Matron is happy to provide the ride. For the time being.
Posted by Minnesota Matron at 6:24 PM

It's a responsibility to have a gem, a jewel of a child. You are giving her the perfect setting.

She is awesome! Wish I could've seen the performance.

Your description of Merrick's speech made me laugh. My son spoke the same way until kindergarten.

That's kinda how I feel about my son being in a jillion bands - I complain about the driving, but I applaud him for doing the thing he loves best. Plus I get to listen to NPR when I'm doing all that driving. Thanks for pointing out the plusses.

I keep thinking I should get a "traffic lighter" and then realize I'm just being a dunce reading the sentence wrong.

Be still, my heart, dear Merrick!

"slowing down when being tail-gated"

Well, there's at least one thing we have in common!

I wish I had the chance to see your daughter perform. I have the strong inkling that this wish will someday be fulfilled in a big way.

LOL, my word verification is "resting"