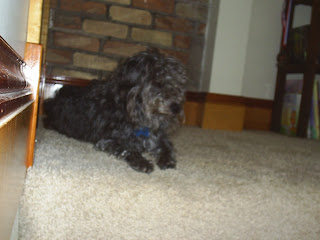 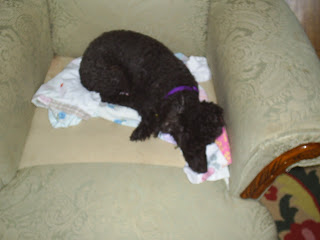 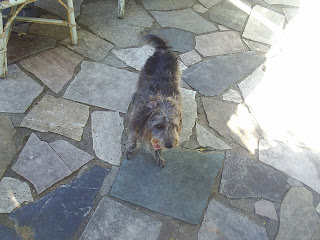 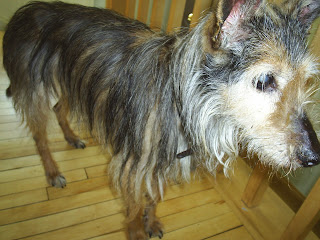 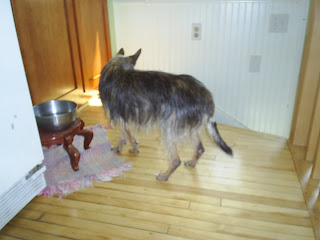 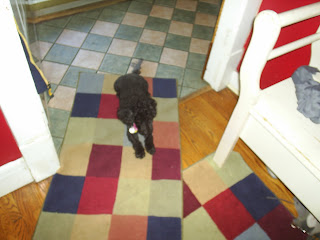 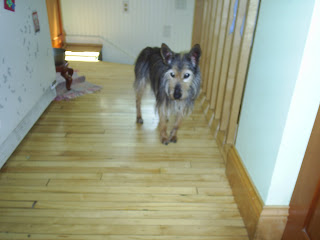 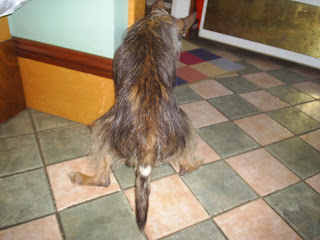 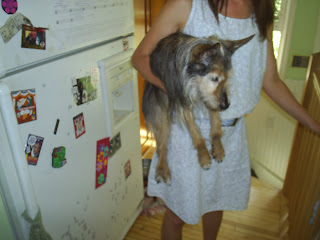 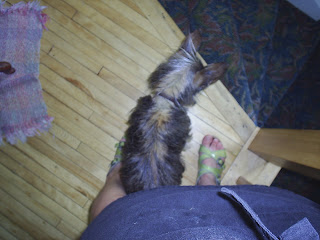 "Mom!! I forgot the turkey wrap so the dogs are fighting over it and now Scruffy is in the neighbor's backyard and there is pee in the living room and vomit on the deck, and Abby is on top of Jekyll and her actual teeth are in his neck, and there is a pile of poop on the the third floor why doesn't anybody pick up garbage around here? and MOM!, Jekyll fell down the basement steps and his head is caught in the desk, and Scruffy is barking through the fence hole again only this time Abby is trying to get out, and now Abby is doing the potty dance and MOM can you please carry the old dogs to the third floor so we can play Jail with the dogs, and is this pee or vomit or water that I'm walking in?"
Posted by Minnesota Matron at 12:12 PM

I will say a special prayer for you to Buddha-God-Universe-Oprah-Allah tonight.

Sounds to me like you are ready to sign up to be foster parents, too. That would be a walk in the park after this.

When I was a kid we had a rule in our house -- if you step in the icky pet mess, you cleaned up the icky pet mess... of course, that led to several rounds of 'no, I didn't step in it, I always walk like this'...

Wow. Thank for introducing me to Meatloaf... tho I'm 51 and pretty hip, I somehow missed him. Asleep in the 80's? Perhaps, or doing attachment parenting or breastfeeding or homeschooling or some other dumb thang? Whatever!

I was somehow expecting an ethereal Estonian choir here. (My preferred musical soundtrack.)

While I so admire your generosity of heart, I must admit to feeling you are just a little insane.

Do you sometimes think you have too much on your plate?

I think the chorus needs to repeat "MOM!" more often to make it more realistic.

And I thought I had it bad with my two male dogs fighting. And with my Silky peeing on everything to mark it as his. You have my sympathy.