Sarah Palin's words make up most of this blog post. This, from Newsweek.

"I think they're (media) just not used to someone coming in from the outside saying, 'You know what?

It's time that Joe-Six-Pack-American is finally represented in the position of vice-presidency.'

I think that's kind of taken some people off guard, and they're out of sorts

And they're ticked about it

to make sure that our ticket is victorious, 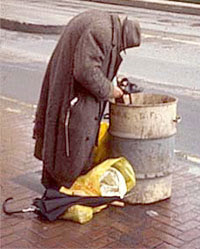 and we put government back on the side of the people of Joe Six-Pack like me,

and we start doing those things that are expected of government (like ban gay marriage -- okay, okay, that's the sarcastic Matron she has NO self-restraint) 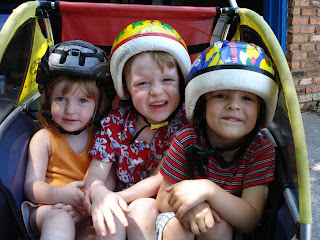 This is an old adorable picture of the Matron's child and is Secret Second Set of Siblings and these three are definitely not Joe Six-Pack, either. . . their parents are raising them to be more like Joe-Surly.

and we get rid of corruption

and commit to reform that is not only desired, 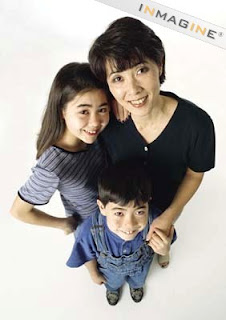 but is deserved by Americans."

The Matron wonders: who is Joe Six-Pack, Sarah? The Matron assumes this is a first-name basis relationship since you're all about crackin' that beer and scratching your belly along with the rest of us.

Would you be representing the best interest of all people? 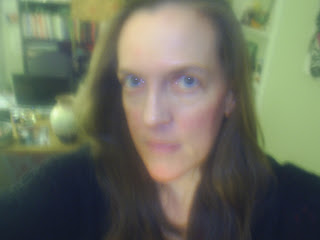 The Matron is camera-shy so she thinks Blur is the New Black.

A Joe-Six Pack Constituency? Speaks loud and clear to this bunch.
Posted by Minnesota Matron at 3:16 PM

I don't know who this Joe Six Pack is. It sounds like a Native American name, like Jimmy Two Trees. All I know is that whenever she utters the name, while simultaneously winking and staring into the camera, I have a seizure.

Ah, the art of rhetoric.

Let's ask Joe Six Pack's wife if she really wants him making decisions for us.

Jon Stewart did a bit about Joe Six Pack Soccer Mom...Palin endorses alcoholics driving their children to activities. I'm not doing the line justice. It was so funny.

Very well done. Thank you for this!

It's clear that I run in the right blog crowd, because I've only seen one person in all of the blogs that I read say something in favor of Palin.

And, oh, yeah. You don't look like a matron at all!

This was actually one of my favourite posts of yours, EVER. The photos? Spot on. Very, very nice, Matron.

(and you know how I love you, and your blog, so that says much.)

Oh, and those papers? Twelve down, fifteen to go.

Oh, and PS, Mrs. Palin. It's "motivation for John McCain and me." ME ME ME objective case. Or can't you see the objective case from your house in Alaska?

Jon Stewart put it best when he said something to the effect that her constituency seems to be drunk carpoolers (Joe Six Pack Hockey Mom).

Were I already not somewhat "left" of the Democratic party, her usage of "for John McCain and I..." would have pushed me right out of the Republicans.

I can't abide the nominative case where objective is called for.

And that, my friend, is where I get political.

How does the Matron manage to look so damn fine through all that blur?

I am now off to see the John Stewart thing! Can't wait. . . thanks, friends!!

What's that Chinese curse? "May you live in interesting times." Oy.

My son, who lives in Alaska, says most everyone there thinks she's an embarrassment. Let's hope she doesn't get a chance to be an embarrassment as a VP or, worse, the Pres.

I think we've gone way past "interesting" right into "scary."

Well, it seems fitting that Joe Six Pack's BFF is a running mate to a man whose fortune comes from a brewing company.

What the hell is a Joe Six Pack? Must be an Alaskan thing. Like being able to see Russia from your house. Which is impossible.

Hey! I know your gay couple, Jason and deMarco - they are members of my church - what a surprise to see them here :-)

Sorry to comment twice, but if you don't know Jason and deMarco, I am sure you can hear see them singing on YouTube or visit them at here

I live in a community of Joe Six Packs and I wouldn't want them in office either...

Lynda -- that is wild! I just googled gay male couple and that's who came up in images. . .

I know? wild, huh? They have a special on Showtime/Movie Channel right now and are AMAZING singers.

Hey, there you are!

What? The Joe-Six-Pack President for the last eight years wasn't enough?

Don't you love it when she says, "A Palin-McCain presidency?"

Joe Six Pack? Is she encouraging drinking to excess? Binging? Oh, lest you inquire, that brandy at my side is for medicinal purposes.

What are we going to do if Obama is not elected? Seriously. What will happen to our country? It is frightening.