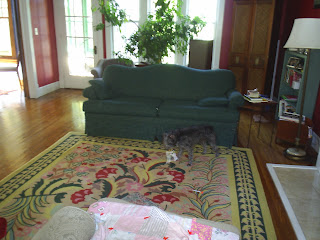 As the World Turns?

It is time for another installment of What Fell Friday, wherein she chronicles the journeys of three items that happened to fall upon the floor sometime near the end of August . Regular readers may remember that the Matron herself accidentally vacuumed the first item sometime around September 15th. As of last Friday, the other two items remained comfortably ensconced in their new homes. The dagger-like barrette right by the bathroom door and 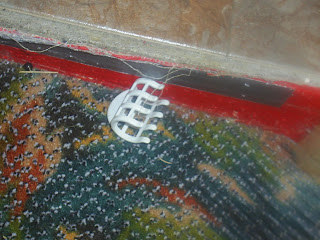 the Coke Zero underneath the living room radiator. 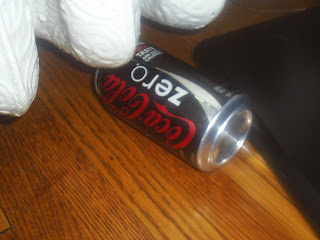 Well, well, friends! Something very exciting has happened -- and no, it doesn't involve John and the vacuum cleaner (although doesn't that sound hot?)

Last night, lucky girl Scarlett did one round as Bess in The Mary Tyler Moore Show, at this theater. Regular ole Bess couldn't make it so they called Scarlett. As usual, the Matron saw no evidence that Scarlett spent time memorizing lines or otherwise engaged in any kind of actual preparation -- and there was just one 'put-in' rehearsal.

As usual, Scarlett nailed it.

This is NOT the exciting part of the story, oh no. Nor is the exciting part that John and the ever-attractive Matron actually went out to dinner in a bona fide cash-money RESTAURANT without children and enjoyed a very fine meal (sorta like a date) and then died laughing through the incredible Mary Tyler Moore Show, with that dash of parental pride tossed in! No. This is not the exciting part at all.

The exciting part is that Grandma Sophie -- another woman!-- came over to hang with Stryker and Merrick while the other three were doing the theater romp. Grandma Sophie. Wife, mother, grandmother: woman.

Who entered both the living room and bathroom.

Both items? Gone last night when the Matron got home.

Jekyll Update: The vet has her beeper on in case we need her but Jekyll appears to be dying on his own. He has only gotten up about three times since Tuesday but is still eating. The vet thinks he could very well go on his own and she agrees (from our description of him) that he is in no pain. She'll keep you posted.
Posted by Minnesota Matron at 11:20 AM 9 comments:

For the past couple of years, the Matron and her family have been tending to this dear geriatric dog. Jekyll is 16 1/2 years old!
Vision and hearing were on a long slow descent until about one year ago when both abandoned him altogether. Sometime over the summer, he lost the ability to smell, too. She kids you not. Hold a dripping piece of meat under that dog's nose? Nothing.
In August, Jekyll was still stumbling around the house.
Merrick: "Jekyll is still doing okay, right?"

Matron: "Just okay."
That was then. This is October in Minnesota. The temperature? 39 degrees. Yes, the trees blaze and roar but behind that bluster, winter waits. In Minnesota, old dogs die in autumn because their bodies know what's ahead.
Matron's vet: "October is the hardest month of my job."
October first.
Tuesday afternoon, Jekyll lost the use of his legs. Instead of standing, he fell over. The Matron spent a good time watching and assessing, noticing another new problem: shaking. He was shaking. Sign of pain in dogs.
She called an immediate family emergency meeting and put Jekyll in the middle of the living room without a word. After about two minutes of watching the poor guy struggle, Stryker and Scarlett started to cry. They knew.
Merrick: "But Jekyll's doing okay, wight?"
Matron: "Honey, he's dying."
Death for this dog has been a slow steady journey: the Matron has been fond of saying that he's sleeping his way toward death. Uncannily, that is now what he is definitely doing.
While the vet was called on Tuesday afternoon, it turned out that their family vet who makes house calls was out of town for a week! This meant that instead of putting the dear friend down immediately, the Matron and her family were forced to wait and regroup.

This turned out to not be a bad thing, because guess who stood up to eat yesterday morning? And today?
Jekyll.
Otherwise, he sleeps, tucked into his dog bed with blankets and a favorite toy. The Matron dearly hopes that the next time she looks up from her laptop, the deep hoarse breathing coming from the dog bed will be silent. The shaking has ceased since he's stopped even trying to move (except for food).
They found a vet who can come to the house tomorrow.

For now, she is keeping this bedside vigil, honoring the life that slept by her side for nearly 17 years! The gentle spirit who welcomed three children as his own pack-- all three naked babies presented to him to sniff and lick and learn and love. The dear friend who once ate an entire 5 lb bag of flour. And never ever failed the Matron in his love.
She promises you this, Jekyll: she will not fail you in your final hour of need. She loves you.
Posted by Minnesota Matron at 7:56 AM 20 comments:

The Matron and her family are recent volunteers for Small Dog Rescue Minnesota, an organization that pretty much does what its titles implies: rescues small dogs.

Their very first foster dog was Abby!
Abby is now living in Wisconsin in a lovely home with an older-ish single woman whose life is pretty much devoted to her pets. The Matron might turn into one of those older-ish cat and dog devoted women one day but at the moment, she's too damn busy with an actual life.
Did she tell you yet that Stryker required an emergency dental visit, conveniently, on Friday night? The poor child is wearing both the Evil Herbst, which pushes his lower jaw forward

and its Demonic Twin Sister, the Rapid Palate Expander. 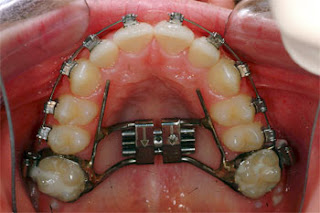 Some screw in the Herbst impaled Stryker, leaving him with an inch wide hole in his cheek, which promptly swelled to the size of a tennis ball.

Its solution involved power tools and old-fashioned ingenuity, which worked until about ten minutes ago when the Matron got a phone call from Stryker's school. The Herbst is now Halved and one half, again, lodged in Stryker's cheek.

This is all to explain why there is no picture yet of the new foster dog. The camera chord has gone missing (maybe it's playing with this barrette), the Matron has 65 papers to grade and now has another emergency dental visit to make.

Yes, there is a new foster dog.

Snappy arrived last night around 9 pm. He's a two year old Jack Russiel Terrier who had been living in an outdoor kennell in Tennesee for ONE YEAR. At least that's the story that came with him.

Lat night Snappy slept on a king size bed. What a difference a day makes!

That dog-devoted single older-ish nothing to kill but time life sounds dreamy . . . .
Posted by Minnesota Matron at 7:40 AM 5 comments: